How to Uninstall Applications on mac 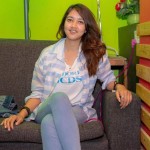 Uninstalling an app on a Mac is so easy, you might not even realize how to do it: just drag the app’s icon from the Applications folder into the trash. But what about applications that don’t have shortcuts, built-in system apps, and other corner cases?

This will cover most situations, but not all of them. This method leaves some junk behind, for example, but it’s mostly okay to leave it there. Some other apps may have different uninstall processes, too. So let’s look at all the different things you need to know how to uninstall applications on mac.

How to Uninstall Most Applications on Mac

Most Mac applications are self-contained items that don’t mess with the rest of your system. Uninstalling an application is as simple as opening a Finder window, clicking “Applications” in the sidebar, Control-clicking or right-clicking the application’s icon, and selecting “Move to Trash.”

Most applications will go straight to your trash, and you can then Control-click or right-click the trash can icon on your dock and select “Empty Trash” to get rid of that application and all the other files you’ve deleted.

However, some applications will prompt you for a password when you try to move them to the trash. These applications were installed using the Mac package installer. Uninstalling them will remove whatever system-wide changes they made.

Note that you can’t remove built-in applications by doing this. For example, try to move the Chess app to the trash and you’ll see a message saying, “Chess can’t be modified or deleted because it’s required by OS X.”

How to Remove Left Behind Files

The above method doesn’t actually erase an application’s preferences. Erase an application and it will leave preference files leftover in your Library folders. Most of the time, these files will use very little space and won’t cause a problem. The preferences will still be available on your Mac, too — this is convenient if you’re uninstalling an app only to replace it with a newer version of the same app, or if you reinstall the app later down the line. It’ll keep all your preferences from when you had it installed before.

If you absolutely must remove those files (say, if you want to reset an app to its default settings), you can use a handy app called AppCleaner to fully uninstall an app, along with all its extra files. Just launch AppCleaner, search for an application in its main window, and click on it, then click the “Remove” button in the popup window that appears.

On Windows, that’s no problem — the Control Panel shows a list of all your installed programs, even ones without shortcuts. On a Mac, there’s no interface that lists all your installed software so it’s tough to even notice if you have this stuff installed.

Some applications must be removed in other ways, and you’ll generally find instructions by simply performing a web search for “uninstall [program name] mac”. For example, Adobe offers a separate uninstaller app you need to download and run to uninstall Flash on a Mac.

Oracle is even worse and doesn’t provide an easy app that will uninstall Java from Mac OS X for you. Instead, Oracle instructs you to run several terminal commands to uninstall Java after installing it. Here’s how to uninstall the Java runtime and development kit.

Come on, Oracle — at least provide a downloadable uninstaller as Adobe does.

Other software applications may provide their own downloadable uninstallers or uninstallation instructions, so perform a web search if you’re not sure how to uninstall something and you’ll find instructions.

How to Uninstall Adware and Other Crapware

Macs are now falling prey to the same epidemic of crapware Windows PCs have to deal with. The same free application download websites that serve this junk up to Windows users are serving similar junk to Mac users.

On a Windows PC, most “reputable” adware provides an uninstaller that sits in the Programs and Features list, allowing users to easily uninstall it for legal reasons. On a Mac, adware programs don’t have a similar place to list themselves in. They may want you to download and run an uninstaller app to remove them if you can even figure out which ones you have installed.

We recommend the completely free Malwarebytes for Mac if you need to purge your Mac of crapware and even Mac malware. It’ll scan your Mac for junk applications and remove them for you.

How to Remove Built-in System Apps

Macs also have no way to uninstall or install operating system features, so there’s no way to easily remove the many applications Apple included with your Mac.

If you actually did want to remove any of these built-in apps from your Mac, you’d have to disable System Integrity Protection first. We don’t recommend that. However, you can re-enable SIP after and your Mac won’t mind that you’ve deleted Chess.app and other built-in system apps.

Really, we recommend you don’t do this. Mac OS X may automatically reinstall these applications in the future when you update the system, anyway. They don’t take up much space, and Apple provides no way to get them back beyond reinstalling OS X on your Mac.

How to install the bootstrap 5 beta in Ubuntu (Linux) using terminal ?

100 thoughts on “How to Uninstall Applications on mac”